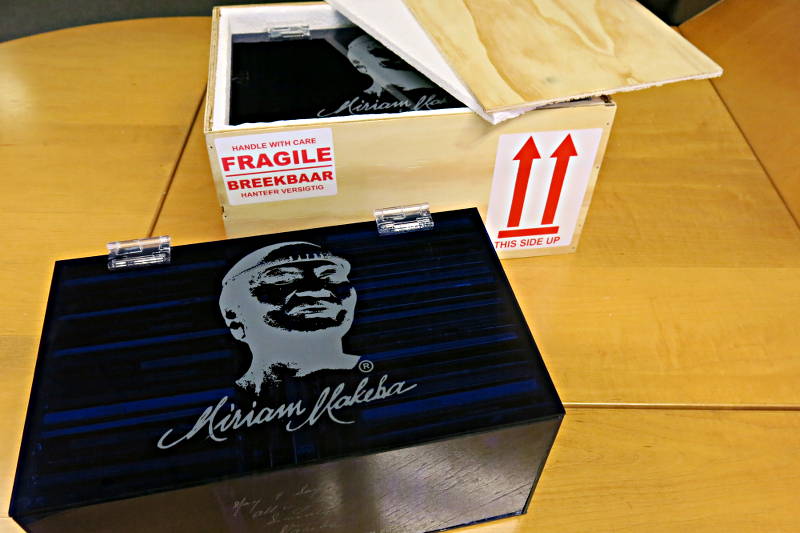 The Miriam Makeba Box Set is one of those rare anthologies that follow the contours of a professional performing and recording career from its beginning, through tragedies and triumphs, trial and tribulations and set to reverberate for centuries to come.

Exquisite to the eye and exquisite to the ear, the Miriam Makeba Box Set, in Perspex and the dark blue colour Miriam Makeba loved, inscribed in the front with the words she spoke many times in many places to many people “May I say all is Love, Sincerely Miriam Makeba” is a sight to behold, something very special to be treasured and shared intact with generations to come.

Made up of 35 CDs and 6 DVDs, covering the 55 year professional career of Miriam Makeba, from lost recordings with the Sunbeams in 1954 through to a recorded live performance in 2008, the Miriam Makeba Box Set is a remarkable anthology of the recorded work of Miriam Makeba, a remarkable, much loved and extraordinary woman, the world is indelibly enriched to have known, heard, seen and felt.

Whether one’s interest in Miriam Makeba and her work is archival, historical, academic, personal, social, family or pure pleasure, the Miriam Makeba Box Set offers a plethora of contemporary and historical angles and aspects of the professional life of Miriam Makeba as an artist, performer, composer, author and producer. Consider for instance the evolution of one woman’s voice, embedded forever in sound recordings spanning an entire five decade plus professional career – what an aural experience arising from that thread alone. There are certain works that Miriam Makeba performed and recorded more than once, over more than 50 years, each yielding a different aspect of the particular works, of herself and her voice.

Consider further the songs Miriam Makeba sang and the contents of the authorship as well as the writers. The struggle for liberation and emancipation runs through her work and great writers are paid homage to by her performances of their works over many decades. An analysis of the recorded works of Miriam Makeba confirms her solo composed works and works of joint authorship form less than 30% of the total number of works she recorded.

A listen through the Miriam Makeba Box Set confirms her exceptional linguistic ability as she sings flawlessly through more than 20 languages and then there are the producers and places to consider and there are the musicians to consider too with whom she worked with, many of whom had passed at the time of her own passing.

A long journey it has been to put Miriam Makeba Box Set together. Included are unique and rare recordings such as the 1965 OAU Summit performance and interview at Accra, Ghana, the 1968 Live in Tokyo release and the 2004 trio performance at Cape Town’s North Sea Jazz Festival in 2004. Of particular interest to the aficionado would be Siemon Allen’s wonderful historical perspective with “Tracks Less Travelled” and “On 78RPM” which he curated and compiled.

A little known fact about Miriam Makeba – she was one of the first black woman in the USA to set up and own a music publishing company, Makeba Music Corp, in New York in 1961, and later Bongi Music, the rights of both which she kept and which were part of motivation, at the time, and set up of the ZM Makeba Trust and Siyandisa Music (PTY) Ltd in 2002. 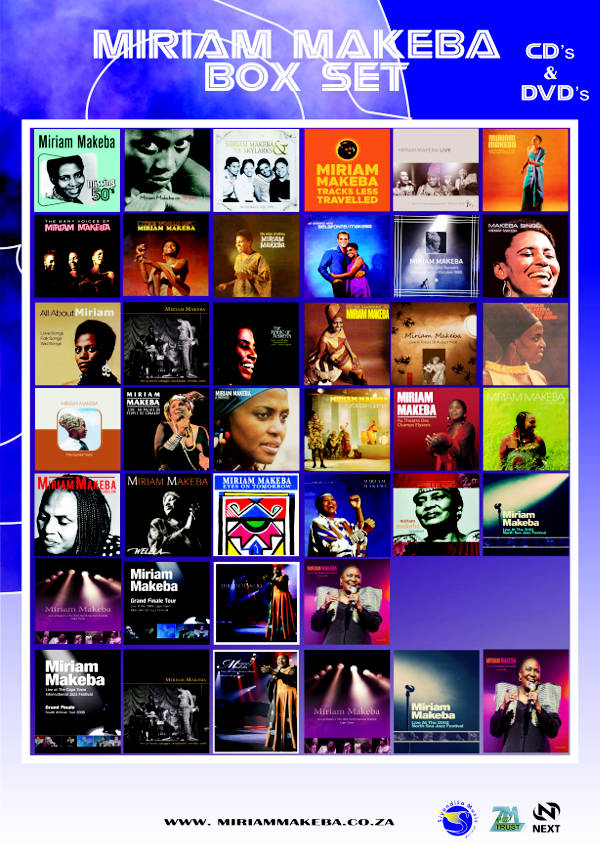