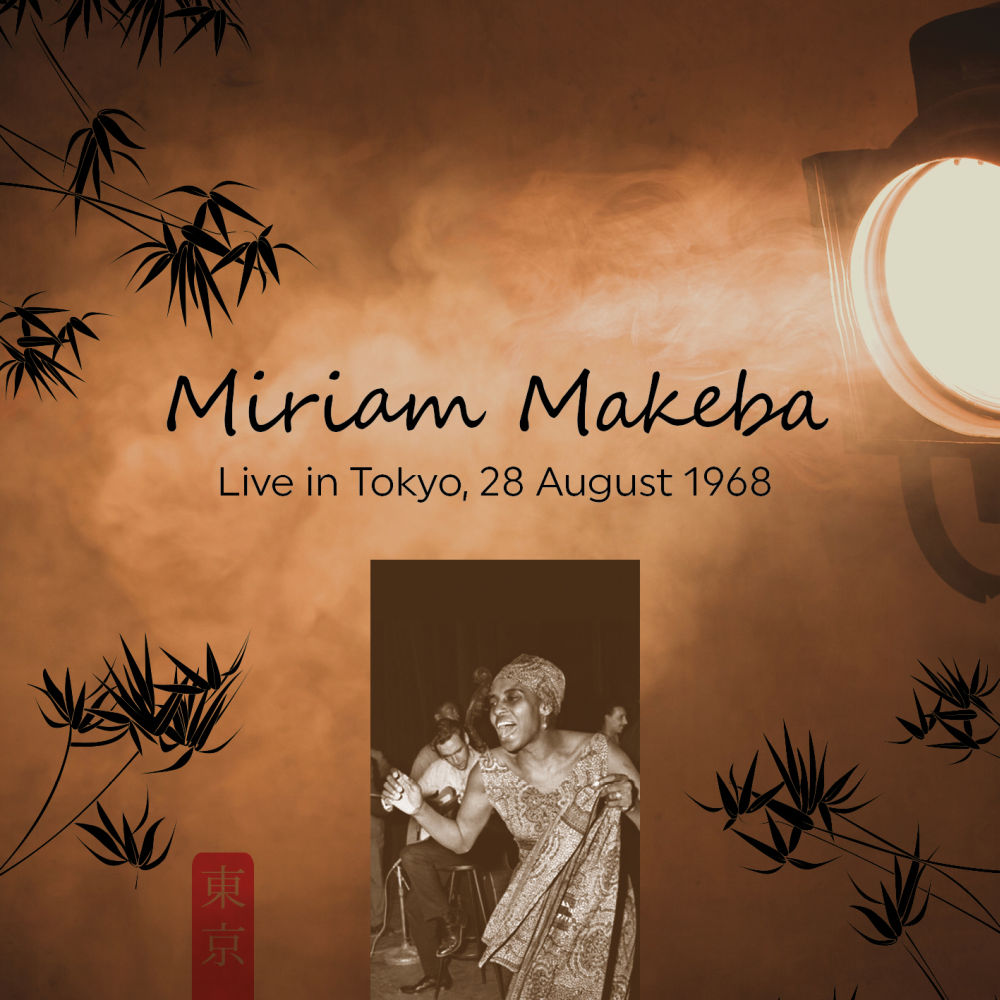 
Miriam Makeba in Tokyo is one of the rarest of her albums. Recorded in Japan on August 28th, 1968 this live album comes in the wake of her classic Pata Pata disc, which also marked the height of her US career. In Tokyo is Makeba’s second live release after In Concert! was recorded and issued the previous year in 1967. An earlier live recording of Makeba at Bern’s Salonger in Stockholm was made in 1966 and broadcast on Swedish Television in 1967 but was not issued until 2003. The DVD of the Swedish concert is simply stunning and I highly recommend it!

Makeba’s Japan tour came at a turbulent time for the singer and anti-apartheid activist. Four months earlier, in April of 1968, she had married Stokely Carmichael, the charismatic civil rights leader and president of the Student Nonviolent Coordinating Committee (SNCC). The marriage came with much media scrutiny including a full color spread in Ebony magazine. The FBI considered Carmichael to be a dangerous radical and extended its investigations to include Makeba. Soon recording contracts were dropped and performances canceled and by early 1969 the couple had left the US for Guinea. After her 1970 album Keep Me in Mind Makeba had no major-label releases in the US until the 1988 Sangoma.

In Tokyo offers many gems, most notably the first live recordings of Pata Pata and Malayisha. A Manhattan Brothers classic, Malayisha, had been issued as a single by Makeba but was not included on any of her albums at that time. The studio version eventually found a place on the CD reissue of Pata Pata. For me a notable track on the album is Makeba’s version of Jeremy Taylor’s A Piece of Ground taken from the musical Wait a Minim. Makeba first recorded this song on her album The Magnificent Miriam Makeba in 1966 and an alternative version is featured on the classic Pata Pata album as well as In Concert! The song sung live also gave Makeba the opportunity to subtly bring up race relations in South Africa and it is interesting to compare her almost identical intros to the song on both live albums.

The lineup on the Tokyo album includes Sivuca (on accordion and guitar), Leopoldo Fleming (on percussion)—both featured regularly on the majority of Makeba’s Reprise releases—and Jimmy Phillips on bass.

Interesting detail... notice the dresses Makeba and her backing vocalist are wearing? The same dress is also featured as a wall hanging in the cover image of Letta Mbulu's second album Free Soul which was similarly released in 1968. I had read somewhere that Mbulu had performed as backing vocalist with Makeba on some occasions, though I now cannot find this reference and so cannot

A Piece Of Ground