The Magic Of Makeba 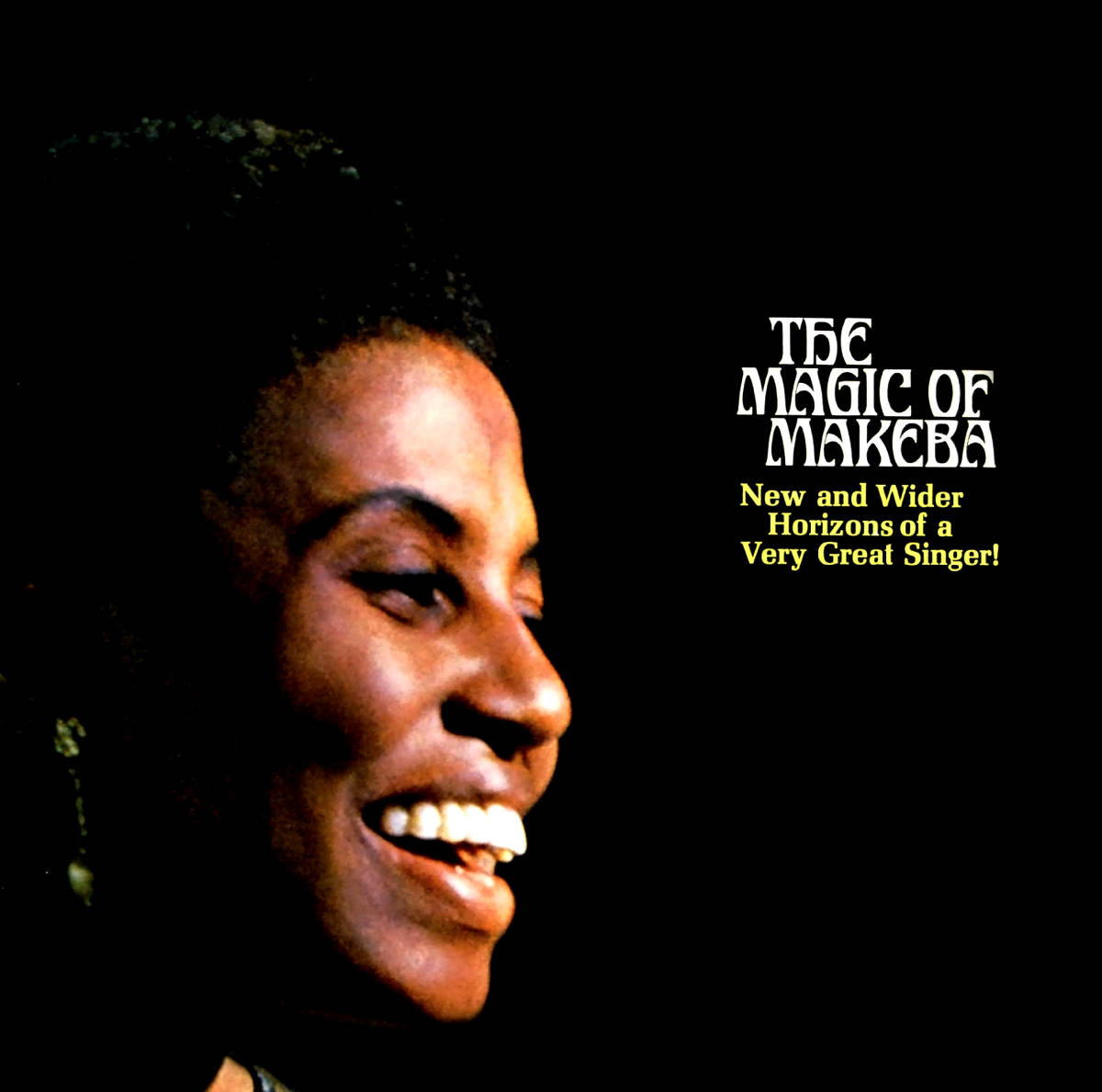 Miriam Makeba's sixth and final RCA Victor album largely abandoned the South African focus of her earlier recordings (particularly her most recent release, the joint LP An Evening With Belafonte/Makeba, which was devoted to songs in South African tribal languages) for a collection of mainstream pop on which she was backed by an orchestra conducted by Sid Bass. By September 1965, when the album was recorded for a 1966 release, the music industry had weathered the sea of change brought on by the Beatles, but there was less room in it for an exotic novelty like Makeba, who had carved out a niche on the fringes of the folk revival and the supper club circuit. She responded by recording "Sunrise, Sunset" from Fiddler on the Roof in Bass' bossa nova arrangement and putting her talent for languages to use by singing songs in Yiddish and Hebrew. Four tunes were contributed by her bass player, William Salter, and sounded like traditional pop efforts. There were also a couple of songs in the South African idiom that sounded like her earlier recordings: "Oxgam," which recalled "The Click Song" from her first album, and "Muntu (Lullaby)." And she re-recorded "Where Does It Lead?" from that album, perhaps pondering that question herself. The Magic of Makeba was a compromised effort that disappointed old fans and did not win new ones. Shortly after its release,Makeba parted ways with RCA; she was quickly taken up by Mercury Records.

When I have Passed On

You Are In Love

Where Does It Lead