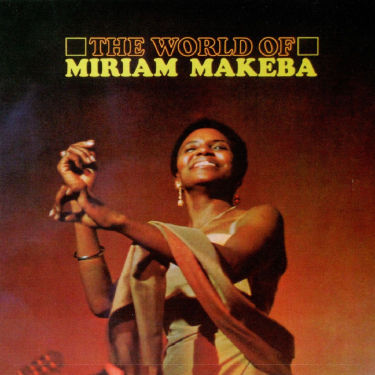 Miriam Makeba returned to RCA Victor Records for her third album, which was given more of a pop sheen by producers Hugo Masekela & Luchi de Jesus, who employed an orchestra conducted by Makeba find Hugh Masekela (soon to be the singer's husband). As usual, the song list consisted mostly of originals sung by Makeba in her native language, but there were also some songs sung in English, such as the tango "Forbidden Games," the Negro spiritual "Little Boy," and "Where Can I Go?" (which appeared to comment directly on her stateless status since being banned from South Africa), while Makebaperformed "Tonados de Media Noche" in Spanish and "Vamos Chamar Ovento" in Portuguese. Her profile had expanded since her self-titled RCA debut in 1960, and even since her Kapp Records release The Many Voices of Miriam Makeba a year earlier, both musically and in terms of her political status as an opponent of apartheid (the liner notes mentioned her appearance before the United Nations), and that may have helped make The World of Miriam Makeba her first commercial success on records.Conductor: Hugh Masekela, Engineer: Mickey Crofford, Producer: Hugo & Luigi.

Where Can I Go?